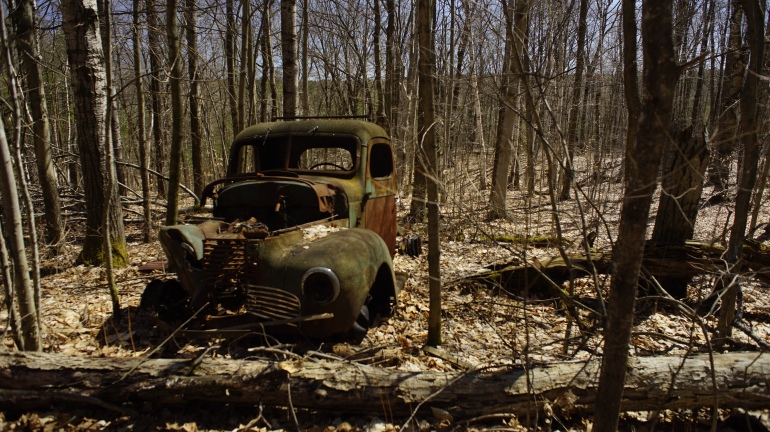 When we get older do we get pushed aside…? I hope not. I found this old International truck in the woods a few miles hike from my house. The fields and forests around my house were once owned by Christmas Tree farmers, some of the forest remained while others were cleared and cultivated for trees. At one time It was the Christmas tree capital of Ontario. While out walking the woods as I love to do. I tripped over this truck, I took several images of it, it fascinated me. This was early spring and very quiet. I knew the land owners (three brothers that had a clothing business in the next town) and spoke to his son and asked if he thought his dad would be interested in a print. A resounding yes was the reply, so I had one printed and framed. I went to the store and gave it to his father. He never said a word for minutes, his other brother came over and looked at it, he too paused. “Do you remember that truck Stan?”   “How could I ever forget” says Lawrence. They both went on for what seemed like hours, explaining how they got the truck at such a cheap price, went through all repairs and modifications to make it useful in the fields for Christmas trees and it broke down in the woods. After trying to get it working as they needed it, they gave up. Pushed it into the woods and forgot all about it. Until I showed them the image of it, I left them reminiscing about it. When I later saw the son again he told me that the two of them sat and were in discussion for many hours that day-and they were really happy. 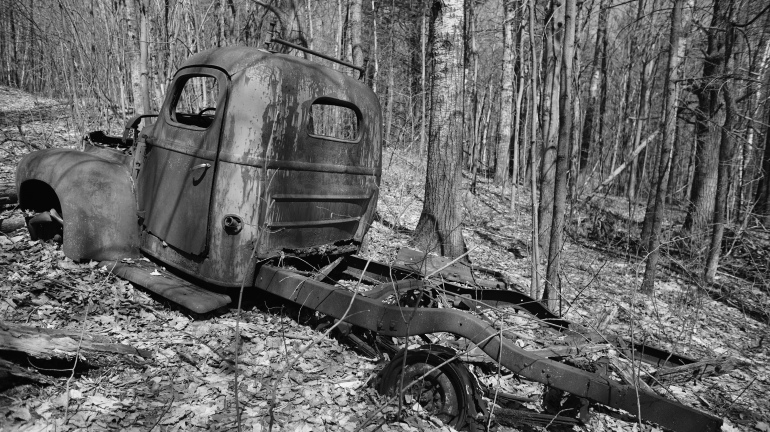 So as I get older I often ask myself..am I really needed by my son’s anymore? Have I finished what I started? These guys ( I have 2 sons) are pretty well established, they both have houses, cars (one has a passion for cars/pick up trucks, the other his newly arrived twins) and most  importantly a family of their own.

Until I see the grand children. One of them will come to me and say “Grandpa can you help me with this?”